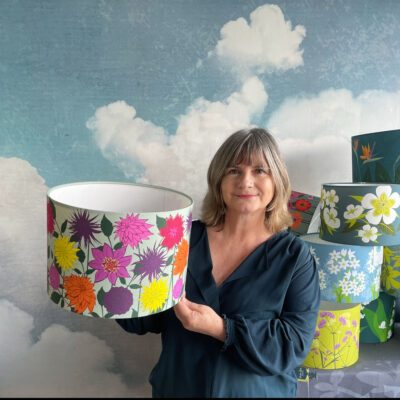 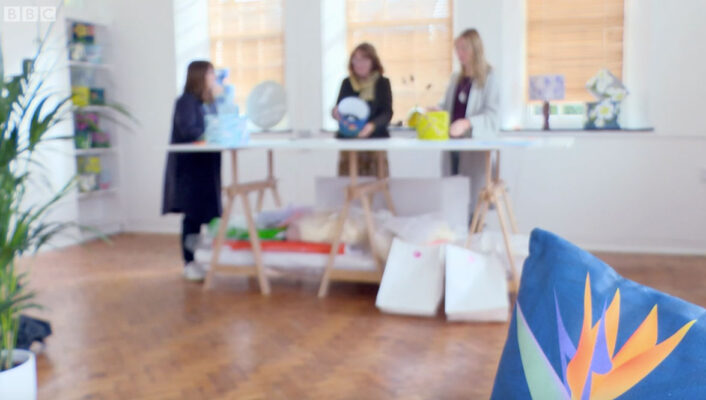 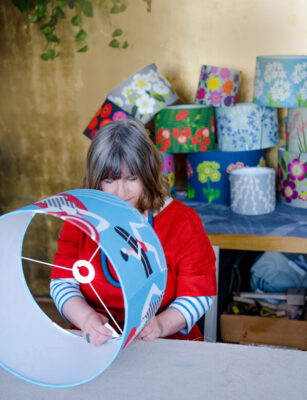 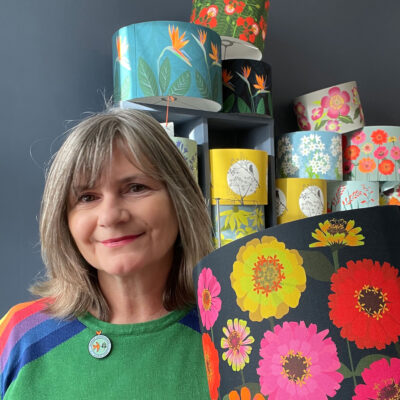 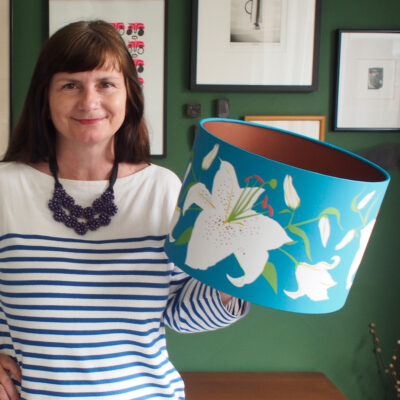 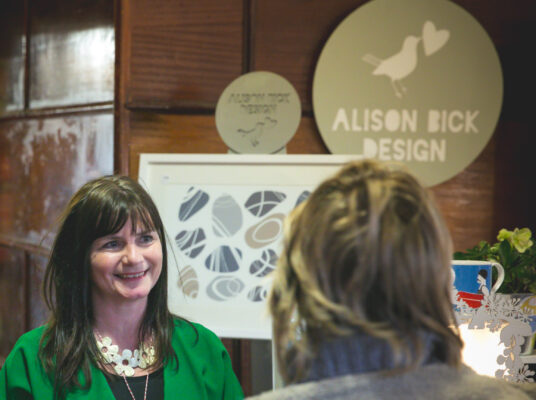 I am a designer/illustrator living in Cornwall, creating unique illustrations inspired by the natural world and family events with a modern heritage approach.

I love bold colours, and especially the gorgeous colours created by nature.  I spent my childhood living in a group of islands called Vanuatu, in the Pacific.  My parents were keen gardeners and my daily job as a child was to water

the plants in the orchid house. My dad had built a wooden structure around a Flamboyant tree and my mum kept her collection of orchids there.  I think growing up with bright exotic colours has emerged from my imagination in later life as I try to recreate them with bold bright colours in my designs.

Some of my designs have been inspired by living near the sea, and enjoying bellyboarding with wooden boards with my family. My grandparents are from Perranporth, and my mum lives there now.  Her house is near to the beach, so during the summer months we head down with our wooden boards and have wonderful and invigorating fun in the water. I’ve written a blog post about the story behind these designs.

My dad changed my life. In 1996 we visited my parents in Perranporth in the late summer. It had been an eventful year, I had given birth to my daughter, my beloved granny had died and my dad had been seriously ill with chicken pox he caught from my son. Recovering from his spell in intensive care, my dad bought a computer, not like the ones I had used for work, this one had a colour screen, and connected up to this network called the World Wide Web with a sequence of high pitched tones if you plugged it into the phone line. The BBC had a website. He took me to a special evening hosted by the company he had bought his computer from, where they talked about the future, it was digital and it was worldwide and it was mind blowing. I decided then that at some point in the future when my children were a bit older I wanted to go back to college and study how to make these ‘websites’.

Four years later, 2000, I had moved to Cornwall and enrolled to study an HND in Multi media design. I absolutely loved it. I learnt how to use computer software (which now is obsolete) like 3D studio max, Director, and Flash, I recreated and animated a forklift truck in a warehouse (which took all night to render on the colleges machines. I built websites and animated presentations using Flash and Director and learnt to hand-code html. I made posters and drew artwork using Illustrator and learnt to edit photos in Photoshop. Once I had read bedtime stories and put my children to bed, I would stay up until 2 in the morning, working out how things worked, pouring over text books (not many resources on YouTube in those days).

While I was working as a web and graphic designer (portfolio of work) (Not as creative as I imagined it to be, a lot of email wrangling and code tweaking) I pursued my creative energy by signing up for printmaking evening courses, and by creating fabric collage pictures, initially by hand cutting individual tiny bits of vintage fabric. In 2011 I made my first pictures from laser cut fabrics. Then a screen printing workshop was the impetus for a new direction and I began selling my screenprints at design fairs around Cornwall. The response I received encouraged me to develop my ideas further, and I developed a range of placemats and coasters, fine bone china mugs, greeting cards and fine art prints.

Then in 2017 I started to make lampshades with fabric printed with my illustrations, they became so popular and I expanded my range of floral and seaside inspired designs, selling online and at events and eventually they have become my best seller.  Now I am obsessed with lampshades!  I notice they are in almost every scene of every film I watch!  They are a great way to create a mood in a room, or add a dash of colour and vibrancy.

In 2020 my lampshades and I were featured in an episode of Escape to the Country.